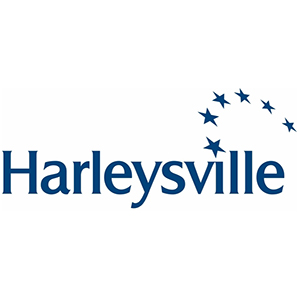 The Casualty was dropped in 1956, and the group added a life insurance branch in 1960. Multiple acquisitions over the following decades led to the company’s IPO in the mid-1980s. More acquisitions followed, with the company eventually reaching a merger deal with Nationwide in 2011. That merger was completed the following year.

The company continued to operate as a wholly owned subsidiary for several more years before Nationwide decided to re-brand and bring all of their group of companies under the main name. All Harleysville policies are now Nationwide policies and all underwriting, claims, and administration handled under that name. As of the time of this review, Harleysville no longer operates as an individual company. All searches for the company redirect to the Nationwide website, and the Harleysville website is no longer in operation.

Prior to this merger, Harleysville had moved into the writing of mainly commercial insurance policies. All of these policies are now Nationwide policies.

Nationwide Insurance is one of the biggest insurance groups in the nation and sits at number 66 on the Fortune 500 list for 2018.

Over the past few decades, they have acquired a large number of smaller companies and groups, making their insurance offerings some of the most comprehensive of any company. In particular, Nationwide is one of the few that actually underwrites almost everything they offer, from auto insurance to pet insurance.

For more on Nationwide and its products and reputation, read our full review of the company here.