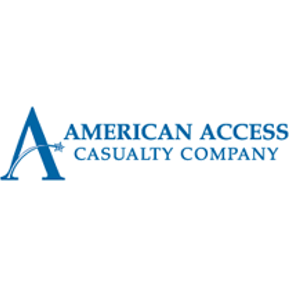 American Access Casualty Company is a non-standard auto insurance company helping drivers who have been turned down elsewhere. The company’s primary focus for their products is the Hispanic community.

American Access Casualty Company (AACI) was founded in Chicago, Illinois in 1999. The company expanded across the state, and then into Indiana, Arizona, Nevada, and Texas. The company is licensed in nine other states and plans to expand their operations.

AACI focuses on the non-standard auto market, with a particular niche serving Hispanic drivers. They write insurance for drivers with Mexican and other international driver’s licenses, for those with no license, and for drivers with other problematic issues such as a poor driving record or bad credit.

The company offers bilingual service and promises lower rates for non-standard drivers, although rates for this type of insurance are always higher than those offered on standard policies.

Independent agents sell auto insurance products across the service area. Affiliated companies include A Abana and Illinois Vehicle Insurance, however, the company does not make any effort to make these connections clear.

The AACI website does not go into detail about what is offered on their policies. They do write both liability coverage-only and full coverage policies that include comprehensive coverage and collision coverage. In addition to these, options such as roadside assistance and rental reimbursement are also offered.

The site offers general descriptions of each coverage, but not a lot regarding the specifics of their products.

AACI does not offer online quoting. Quotes can only be obtained by contacting a local agent. The site does, however, offer a quick form to find an agent in your area.

The AACI website offers a local telephone number for filing claims, with an area code in Chicago. There is not a toll-free line offered and it is unclear whether or not it is a 24-hour line. The alternative option for claims filing is to contact your agent.

The company does have a toll-free number available for arranging towing and roadside assistance.

There is minimal information provided on the claims process, although AACI does have a network of preferred repair shops with whom they will work directly to expedite claims. Their American Access Auto Watch system allows policyholders to follow the status of their claim online.

American Access does not appear to have a particularly good reputation for claims handling, as we will look at in the next section.

As of the writing of this review, American Access was not rated by the Better Business Bureau (BBB). The reason listed is due to a pattern of complaints citing lack of responsiveness from AACI that the BBB has addressed and is now awaiting a response for. Those complaints number 164 in the past three years and 83 in the past twelve months. This is a higher volume of complaints than we like to see with a company of this size and scope. Responding to claims that were previously closed does not bode well either for the company’s reputation.

There are 140 reviews of American Access on Consumer Affairs, the majority of these are negative. Of the 33 star ratings, 32 are negative, with one being 3-star. The complaints are overwhelmingly focused on poor claims handling. It should be noted that many were complaints from people involved in an accident with an AACI customer, but not customers themselves. That said, there were also a large number of customers who were upset with the way their claim was processed.

Yelp has 43 reviews of this company with an overall rating of one-star. The complaints again focus on claims, citing slow response time and low-ball offers for repairs. Scattered in among the very harsh reviews are a few good experiences.

Overall, the picture painted of this company is generally negative, and the repeated complaints of poor claims service could be a red flag.

Most people who select a company like American Access do so because they are having difficulty finding coverage elsewhere. However, there are many non-standard companies to choose from today, and given the poor track record of handling claims fairly, we may recommend looking at additional companies.