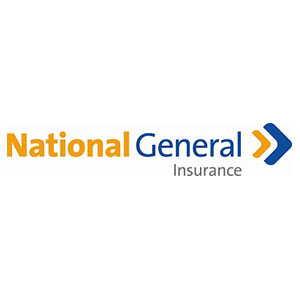 Formerly known as GMAC, National General Insurance is a big company with a long and somewhat unusual history. Following the 2013 name change, the company is no longer readily associated with General Motors but does, in fact, have a long history and continued connection with the major American car manufacturer. That makes them the only auto insurance company that was born out of the auto manufacturing industry – a unique background.

National General writes a variety of insurance products but their main focus is on auto insurance, which they write across the nation. They are one of the biggest and yet lesser known insurance companies in the market, with the name change making a definite impact on brand recognition.

National General’s history traces back to the founding of Security Life and Trust Company in 1920. That company eventually changed names to Integon, and it became a popular choice in the non-standard auto market over the years.

While the actual National General name seems to be a new one to customers used to GMAC, it was one of the companies that combined to become GMAC itself. Originally founded as National Insurance Underwriters out of St. Louis, it was operating as National General when, along with Integon, it was acquired by General Motors in 1991. The combination of companies operated as GMAC Insurance for more than two decades.

GMAC also operated a financial services branch, and it was part of the major government bailout of financial companies that took place in 2008. They received two more bailouts over the following years, creating a great deal of controversy. Distancing itself from this, GMAC’s financial branch changed its name to Ally, while the insurance branch went back to an old name – National General Insurance. The two now operate separately.

National General Insurance writes mainly personal lines insurance, including auto and home insurance, as well as some commercial policies. Not all products are underwritten directly by National General, which is a common practice for large insurers, particularly with specialty policies.

Even though the GM name is gone from the company name, the connection remains. GM employees and even GM owners are still offered a discount on their insurance. Auto insurance is the company’s main focus, but they also have home and specialty policies as well. Commercial coverage is available for businesses, including commercial auto. Polices are sold online, over the phone, and through independent agents as well, putting National General in the market through multiple approaches.

National General focuses strongly on personal insurance, particularly auto insurance. Their products are comprehensive and customizable in an effort to stand out in a competitive industry.

In addition to all of the basics, you would expect from a big insurance company National General offers several added benefits and plenty of options.

SmartServices is the name given to the auto program’s extended benefits that are meant to provide coverage above and beyond the ordinary. This program offers, at no additional premium:

There are also a few options that can be added to enhance the coverage:

Some of these services are fairly standard with most insurance companies, while others – such as delivery of a rental car – are unusual and are nice perks to have if a little gimmicky in terms of the value they offer.

Continuing the smart theme is the list of Smart Discounts, and this company does differentiate itself somewhat here.

There are plenty of affinity discounts for GM products, including for driving a GM vehicle, for having any other GMAC services, or – as mentioned above – for being a GM employee, or an employee of a company that works with GM. There is even a GM loyalty discount if all of the vehicles you insure are GM. Not surprisingly, this is in place to attract a specific market to National General and represents their GM connections.

In addition to the many GM-related discounts, National General offers some of the common discounts – good driver, multi-vehicle, and paid in full. They also have affinity discounts for many groups, but a list of these groups is offered. OnStar subscribers (also a GM product) can also get a discount and qualify for an additional discount for low mileage recorded through the system.

National General also has an RV insurance program, which they present almost as strongly on the website as their auto insurance. They offer a program in which the RV can be insured along with a vehicle on a single-deductible policy.

Most of the same coverage offered on the auto policy also applies to RV policies, including the waiver of deductible up to $250 if you are not satisfied with the claims process, emergency expenses coverage, and the $500 theft reward. Also included are the SmartValet, SmartReplacement, and SmartInspect services.

SmartAssist for RVs provides coverage for up to one hour of labor at the site of a breakdown as well as towing to the nearest repair facility with no limit on mileage or cost.

National General’s home insurance program provides both homeowner’s insurance as well as renter’s insurance options. Coverage includes all of the basics you would expect – dwelling coverage, personal property, and liability – with some extras that National General adds on to make their policies stand out.

The homeowner’s program offers extended and guaranteed replacement cost coverage as well as up to $50,000 in “Green Upgrade” coverage to rebuild with sustainable and eco-friendly products after a loss.

National General writes policies for both detached homes as well as condos under their homeowner’s program.

The NatGen Premier program is designed specifically for high-value homes and offers more extensive coverage and highly customized options, including coverage for private art and other collections. This program has its own website and appears to be a separate branch of the company focused on high-income customers.

National General writes package policies for small business and other commercial needs. These include options such as business property coverage, general and specialized liability, worker’s compensation, and more.

Commercial auto coverage is also offered as part of a package or as an independent policy.

Some business insurance is underwritten by partner companies, but National General underwrites their commercial auto directly. The website itself offers somewhat limited information on commercial auto, directing visitors to contact a representative for details. The business products are all listed in the “other products” section of the site, and clearly do not form a large part of the company’s business overall.

National General does provide online quoting, but at the time of this review was unable to provide us with a quote online; no explanation for this was given. We tried several zip codes in several states but were given the same result, a message stating that online quoting was unavailable. The message also stated that a link to an un-affiliated quoting site would be provided, but we saw no such link.

Quotes can also be obtained over the phone, which appears to be the only option at the time of this review.

In previous rate tests, we have found National General’s auto rates to be slightly above average. We see no reason why this would have changed in recent years. National General is not the type of company that advertises based on the lowest rates, but instead focuses on offering extended benefits and services to create a more value-focused approach to insurance.

National General is likely to be much more affordable for those who qualify for a lot of their population-specific discounts. A GM employee, driving only GM vehicles, with multiple policies in place and an On-Star subscription as well is going to get a lot of the biggest discounts. That means people who fit that market are likely to find this company more affordable than someone with none of those qualifications.

It is worth noting that our past rate quotes with this company did not include affinity discounts, and they still came in not far above average.

National General offers online claims filing, with a live chat option as well for assistance with getting everything entered correctly.

As promised in the policy, National General completes processing on minor claims in as little as 48 hours. More complex claims will depend on the damage and repairs that are needed. The company offers drive-in appraisal facilities and will also assist with getting a non-drivable vehicle to that facility.

Also, as promised in the policy, customers can arrange to have a rental car delivered to their location and have their repaired car delivered when the work is done. The assumption here is that these items are available on full coverage policies, as a liability-only policy would not have rental car or collision coverage at all.

National General has a preferred repair shop network through which they will guarantee all of the work for as long as you are the owner of the vehicle. Customers are also welcome to select any repair shop of their choosing, even outside the network – but guarantees will not apply.

National General has an A+ rating with the Better Business Bureau (BBB), with a total of 485 complaints on file in the past three years. This number is not a high volume of complaints for such a big company. 185 complaints were closed in the past 12 months.

The Consumer Affairs page for this company is focused on homeowner’s insurance, with a total of 38 reviews and an overall 4-star rating. There are a few negative reviews mixed in with overall positive comments.

Yelp shows an opposite picture, with 35 reviews resulting in less than two stars overall. These reviews are mixed between auto and home, but there is little in the negative reviews to raise any serious concerns. Overall, they are similar in nature to other insurance company complaints, and the volume on these sites is actually very low for a company of this size.

It is possible that some of the lack of complaints here is due to the name change, although that took place five years ago and should have long since stopped impacting reviews. The overall impression of this company is that they have a pretty solid reputation.

National General has some good insurance products, particularly for auto insurance. They are likely to appeal mainly to those who qualify for the many General Motors-related discounts, but the program itself is a solid choice for any driver. There are some included benefits that, while a bit gimmicky, are nice touches and differentiate them from other companies.

There is nothing to raise red flags over in the way of reviews for this company, but it is frustrating to be unable to obtain any rate information online as this makes it hard to give a proper comparison of National General to its competitors. If the rates are competitive, this company could give some of the larger insurers a run for their money.