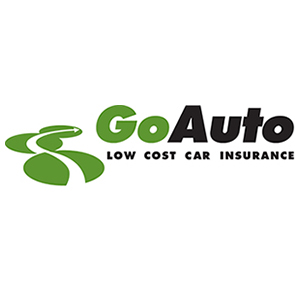 Go Auto operates in two states, Louisiana and Nevada, with their headquarters located in the former. Founded in 2009, they are a newcomer to the insurance industry just approaching ten years in business.

Go Auto advertises as a low-cost insurance company and aims to accomplish this by using a direct buy system combined with local offices. Their agents are advertised as being non-commission, which generally means lower costs; the overhead of operating offices, however, adds some costs compared to a centralized system like Geico. This is an unusual approach for a smaller company operating in only two states, but it allows consumers a choice outside of the giants without the added cost of agent commissions.

Go Auto is not listed as a non-standard insurer, although the way they present themselves tends to give that impression. Like most insurance companies, drivers with a clean record will see the best rates, but this company may offer some leeway for those with a problematic record.

The Go Auto website spends a lot of time talking about their low-cost auto coverage, but it does not offer information regarding this coverage. The website does not offer a page dedicated to the actual insurance program.

Go Auto’s website does state that they keep rates low by skipping expensive add-ons; this indicates that we can expect just the basics from this company. That means liability insurance starting at the state minimums, and a few basic options, which will include comprehensive coverage and collision coverage to meet loan requirements. We are unable to tell whether or not they offer common options like rental car coverage or towing.

Go Auto does offer online quoting. Local offices are also available over the phone or in person in order to get a quote. The online system allows quotes to be saved and retrieved.

Since Go Auto only operates in two states, neither of which is our usual sample state, we were unable to compare their rates. We would expect them to be lower than those offered by agent-driven companies, but we would be surprised if they were able to beat the rates of the major direct-buy insurers – at least for drivers with a clean record.

Go Auto offers an online claims form where a claim can be submitted at any time. We were unable to find further information regarding claims on the company’s website. There does not seem to be a phone number listed, which is strange as most companies offer a 24-hour toll-free claims phone number, and the site is lacking information on the overall claims process. It is possible that a phone number is provided to the insured when a policy is purchased, but as we see in the next section, that does not appear to be the case.

Claims can likely be filed by contacting the local office in your area as well, but the site does not say that specifically.

Go Auto has an A+ rating with the Better Business Bureau (BBB), though they are not currently accredited. There have been six complaints filed in the past three years. Two of those were closed in the past 12 months.

Pissed Consumer has 71 reviews of this company with an overall rating of 1.8. A look through the reviews results in a bit of confusion; many of them do not make a lot of sense or are not very helpful in nature. There are a large number of complaints about the website not functioning properly, and difficulty in speaking to an actual person. This relates to our previous note regarding the lack of any sort of central toll-free number, which we expect most insurance companies to offer. It appears that Go Auto expects policyholders to use the website for most purposes, but the company fails to provide a solid online experience.

When a company advertises low-cost insurance, it is always good to remember the old “you get what you pay for” adage; it appears to apply here. Even if Go Auto’s rates are good, there appears to be a lack of support for policyholders. The direct buy approach does not work well without a system for handling customer needs efficiently and Go Auto appears to fail on that front. Most people seeking a good direct buy experience are likely to do better with one of the larger companies whose centralized customer service is readily available.