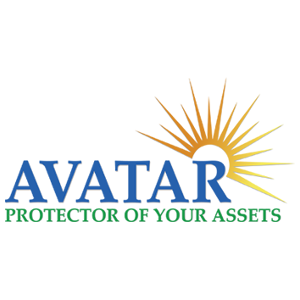 One of the many recent entrants into the Florida home insurance market, Avatar covers a variety of home types. In addition to individual coverage, Avatar also provides commercial building products.

Entering the struggling homeowner’s insurance market in 2008, Avatar was one of several new property & casualty insurers to spring up in Florida during the late 2000s. The company was one of many who participated in the large takeout process by Citizens Property Insurance Corporation, the state-run property insurer for Floridians who had difficulty finding insurance in the private market. This takeout involved thousands of Citizens policyholders receiving an offer to accept a new policy from Avatar.

In addition to the takeout policies, Avatar has been writing new business since its inception. Steady growth over nearly a decade has led the company to a position in the market with assets approximating $50 million. In March of 2017, Avatar reached a deal to acquire Elements Property Insurance Holdings, expanding their market to a larger area.

Headquartered in Tampa, Avatar sells homeowners and commercial property insurance through a network of independent agents across the state.

Avatar focuses on the needs of Florida homeowners but also writes policies for some types of commercial buildings.

Avatar writes three types of home insurance policies, covering standard homeowner’s condominium owners, and manufactured homes. The website offers little in the way of details on the policies but lists a brief explanation of what each portion of the standard form homeowner’s policy covers. Coverage includes replacement cost for the home itself, coverage for other structures on the premises, and personal property. The policy also includes personal liability coverage. Several premium credits (discounts) are listed, including having an alarm on the premises and a discount for homeowners over the age of 55.

Condominium policies cover the portion of the structure for which the homeowner is responsible, as well as personal property and liability. These policies are designed to provide for areas not covered by the condo association’s policy, which generally covers the outer structure and any common areas.

Two policies forms are offered for mobile or manufactured homes:

Avatar writes both Commercial Residential and Non-Residential policies, but not much detail is offered.

Commercial Residential is available for condominium associations as well as for apartment buildings. These policies are designed to protect the structure as well as provide for liability for the building’s owner.

Commercial Non-Residential policies from Avatar are for what the website describes as “light occupancy” buildings. The company specializes in hotels and medical offices according to the brief description.

Online quoting is available on the Avatar website but requires a physical address for the building to proceed. Due to the specific nature of homeowner’s insurance, we are unable to conduct a rate comparison for this company.

Although the Florida Office of Insurance Regulation does offer a helpful rate comparison tool, we were unable to locate Avatar on the list of companies.

The option to obtain a quick quote online is a helpful tool for insurance shoppers but provides only a basic number. It’s important to note that when obtaining quotes for this type of policy, any number of details can affect the final premium. It’s a good idea to pursue a more detailed quote before making an insurance purchase decision.

Avatar promises to respond to claims within 24 hours and resolve them quickly. Although they do offer online quoting, they do not have an online claims form. Claims can be filed by phone 24 hours a day. There is no detail on the claims process.

Although there is a page for information on catastrophes, common in Florida’s hurricane-prone areas, it provides only emergency preparedness information and nothing regarding how Avatar handles catastrophe claims.

Avatar Insurance currently carries an F rating with the Better Business Bureau (BBB). The site states the reason for the poor rating is due to the company’s failure to respond to five complaints, and four complaints that were left unresolved. There are currently 11 negative reviews on the BBB website and 27 complaints that have been filed in the last three years – 23 of which were closed in the last 12 months. 24 of the complaints listed concern problems with their product/service.

The Florida Department of Financial Services offers a complaints database for insurance companies. The most recent data for Avatar is for the fourth quarter of 2016 when the company had a total of three complaints filed. That’s one complaint for every 6,559 policies in force.

Yelp has an overall 1-star rating for the company based on four negative reviews. The content of these reviews is poor customer service and long wait times for an adjuster or callback from the company.

Avatar Insurance appears to have a good reputation and has grown steadily in the 9 years since it was founded, though the company’s BBB rating and customer service complaints do raise a bit of concern in terms of their responsiveness to customer complaints. They are well worth putting on the list for Florida homeowners in search of insurance, and their online quoting system makes it easy to get a general idea of how they will stack up to other insurers. While small companies don’t often compete premium-wise with the big ones, that’s not always the case in Florida’s changing market, so a company like Avatar is worth a closer look.