Tower Group Insurance was a personal insurance company that is no longer in existence following a serious insolvency problem. Tower Group was liquidated in 2016. The company was bought out by AmTrust Financial in 2014. Enter your ZIP code to compare great car insurance rates from top auto insurance companies. 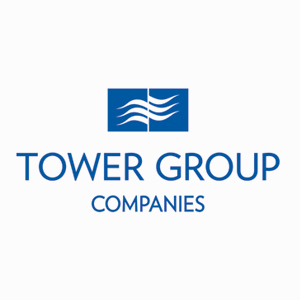 Tower Group Insurance was a personal insurance company that is no longer in existence following a serious insolvency problem. After a buyout by AmTrust Financial in 2014, the company’s policies were redistributed and no operations continue under the Tower name today.

Our goal in this Tower Group Insurance Review is to see if the company lives up to your expectations. We will look at everything from Tower Group home insurance to the company’s current situation.

Looking to find cheap auto insurance rates from insurers in your area? Enter your ZIP above!

Tower Group was what can be considered a small-scale insurance company. Smaller companies are less stable than larger ones. Instead, the benefit of smaller companies lies in their specialized nature.

There is some speculation that smaller companies may be more forgiving of poor credit history or history of claims. On the other hand, larger companies are often more strict about assigning policies.

What is Tower Group availability by state?

CastlePoint purchased some parts of the Tower Group when it dissolved. CastlePoint acquired Tower National in 2014. Tower previously held a total of eighteen branch locations.

What is Tower Group insurance Massachusettes availability? To put it simply, Tower is no longer available in any state. However, Tower Group International was a Bermuda-based company before its liquidation.

The acquisition by AmTrust resulted in controversial interruption of claims payments, including some major settlements owed by Tower. If you or the location of your insurance were implicated in the liquidation of Tower Group, your claims have been re-allocated.

Tower group offered a wide variety of options to its clients before its liquidation. These services included many types of car insurance coverage.

Most states require at least minimum liability coverage, but experts agree that full coverage is the best bet for most drivers.

Let’s look at the price difference in low and high coverage to give you a general idea of what you can expect to pay for car insurance.

What are Tower Group’s bundling options?

Tower National was formerly a small insurance company, offering home, auto, and business insurance. The majority of bundling options you will see nowadays come from larger companies, who are more likely to offer discounts.

Remember, bundling is only worth it if the policies are cheaper paired than they would be individually.

For example, it’s a good idea to check whether the sum of each item in your policy is cheaper than the combined bundling rate.

What are the discounts offered by Tower Group?

Due to the fact that Tower Group was liquidated in 2016, the company has significantly more liabilities than assets.

A 2019 financial report from Tower National’s estate shows the company is at a deficit. What’s more, the company will still have to pay out claims as mandated by the overseeing company post-liquidation.

Because of liquidation, no policies or discounts are offered.

However, other companies often offer discounts. Popular ones include multi-car, multi-policy, safe driver, and a good student.

This table shows you some discounts commonly available and the amount you can expect off.

Discounts can make a big difference in you car insurance rates, especially if you are allowed to bundle more than one. Be sure to check with an agent to see what discounts are available to you.

What programs are available from Tower National?

These additional claims from outside sources might not be covered under a basic policy. So, purchasing extra personal injury and property damage liability protection will help the policyholder be more protected.

While many of us will never have to go through this confusing incident, this section provides some guidelines if and when your insurance company is liquidated.

Is there a cancellation fee?

There will not be a fee for you to cancel if your insurance company has been liquidated. The distribution of assets is overseen by the Insurance Liquidation Company in that state.

Is there a refund?

How do you cancel?

Money from the public is used to fill the deficit of the insurance company in question. So, if you had a policy with a company that has filed for bankruptcy, your remaining claims may need to be paid out of these funds.

Unfortunately, once the company has been liquidated, private transactions are often no longer available for public consumption.

When can I cancel?

Normally, you can cancel your insurance policy at any time. However, this may differ if your company has recently been liquidated.

At this point, additional claims can’t be filed.

If your insurance company files bankruptcy, the liquidation of an insolvent company will result in a delay in the settlement of outstanding claims.

The protocol for affected insurees is the same as filing a regular claim but will take much longer than a few weeks to process. This is because the claim must be investigated and verified.

Next, delays may occur when receiving or reconstructing files. Many settlements require approval by a judge, as reimbursements from an insolvent company go through the New York court system.

Once the settlement is approved, it then is submitted to one of the Security Funds, which releases money to the claimant.

After making sure no one is hurt, the police should be called, since a police report will speed the resolution process.

The more details the claimant can provide to your insurance company, the faster the claims process will go.

Gathering information such as the make, model, and license plate numbers of other involved vehicles, as well as names, addresses, and phone numbers of other drivers and witnesses, will be helpful for the insurance adjuster.

The ability or inability to pay out claims indicates a company’s financial health. When a company has been liquidated, its claims are absorbed by active companies that are better equipped to handle them.

AM Best Ratings: According to AM Best, CastlePoint is currently not rated. The financial strength rating and long-term issuer credit rating, are not available at this time.

If a company has a strong ability to meet ongoing financial commitments, such as paying claims, then AM Best will give the company a good rating.

While the highest possible score is A++, a lack of customer support or failure to pay out claims could significantly lessen the score.

Although the company is now insolvent, there are ways to get coverage with other companies. If you held a policy with Tower Group, you can use our rate calculator to find a new home or auto insurance policy.

You may have remaining questions about Tower Group and other closely related topics. We will explore these questions below.

What is the Tower Group insurance company’s contact information?

The Tower Group LLC website is no longer active. However, the previous company site redirects to liquidation information for CastlePoint, its acquisition company. The company itself and its remaining claims are now handled by the California Conservation & Liquidation Office.

If you previously held a policy with, Tower National, their claims department has been redirected to estate managers.

As for the Tower Group insurance login, you will need to reach out to the estate manager. This is due to the fact that the website is no longer active.

What is an insurance tower?

An insurance tower is comprised of the individual policies provided by the insurance company. These form what is known as the “tower.”

First off, Tower Hill is an active company with excellent AM Best ratings. However, Tower Hill and Tower Group are different companies.

Tower Hill insurance company is rated as Excellent by AM Best, which gave the company an A- rating. NAIC also notes that Tower Hill has had more complaints than average. The company’s outlook is negative.

What are the worst insurance companies?

If an insurance company is liquidated as Tower Group has been, chances are it is not a great company. In general, the worst-rated insurance companies include those rated below A- and have a negative outlook.

Tower Group was acquired by CastlePoint in 2014.