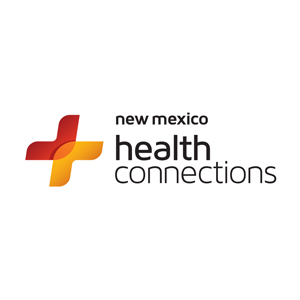 Based in Albuquerque, New Mexico, NMHC is a co-op (Consumer Operated and Oriented Health Plan) insurer that was created in response to new options created by the Affordable Care Act. This type of insurer began to operate in 24 states in the past few years. A non-profit, the company is run by the members, and that includes a Board of Directors that is elected from those members.

NMHC also differs from other insurance companies as a doctor-led company, which means that doctors are in charge of care-related decisions rather than administrators. The company was incorporated in 2011 but did not open for business until 2013.

NMHC offers a range of health plan options both on and off the marketplace, as well as plans for small and larger employers. All of their individual plans are HMO products.

All of the New Mexico Health Connections Care Connect plans are managed care, which means coverage is offered within the HMO network, and no out-of-network coverage is included.

There is one Catastrophic plan, two Bronze plans, three Silver plans, and one Gold plan. All family deductibles are double the individual deductible amount.

The Catastrophic plan has an individual deductible of $7,350. Like all plans at this level, the deductible is also the out of pocket limit. This plan does offer three annual primary care visits that are not subject to the deductible, but all other care is and will be covered in full when the deductible is met.

The Bronze HDHP plan has a $6,650 individual deductible that is also the out of pocket limit. All services, including prescriptions, are subject to the deductible, after which care is covered at 100%.

The HDHP Silver plan is the same as the Bronze HDHP, but with a lower deductible of $5,000 individual. Again, all services are subject to the deductible, including prescriptions.

The Silver HMO plan has the same $5,000 deductible, but with copays of $50 for primary care visits and $80 for specialists. Tier 1 generic drugs are covered at 100%, with the deductible applied to Tiers 4 and up.

The Silver Plus plan has a lower individual deductible of $4,000. Copays are $35 for a primary care office visit, and $75 for a specialist. This plan has the same prescription coverage as the basic Silver HMO.

There is only one Gold level plan, the Gold Plus HMO. This plan has a low $500 deductible, with copays of $25 for primary care and $50 for specialists. Only Tier 6 drugs are subject to the deductible, and Tier 1 is again covered in full.

NMHC offers group health insurance plans to a variety of businesses large and small. Although all of the individual plans are HMO, they do offer PPO plans as an option for employers.

Rather than using an online quoting system where the visitor inputs information, NMHC offers a rate chart. Rates are outlined by age of the applicant and by plan level. There are several charts for the cities in which they offer coverage.

Since this is a small, localized insurer, we are unable to offer a comparison to other companies. Bear in mind when looking at these rate charts that there is no out-of-network coverage. HMO rates are generally lower than PPO plans due to the more limited network.

As an HMO, this company will handle claims internally and directly with providers. This is common for most healthcare companies and even more internal with HMOs. Since there is no out-of-network care, it would be highly unusual for members to deal with claims directly.

New Mexico Health Connections has an A+ rating with the Better Business Bureau (BBB). They have three complaints on file in the past three years, none of which were closed in the past 12 months. The file has only been open since 2015, but the complaint volume from then until now is still very low.

There are 23 reviews on Google, many of the negative, but enough positive to give them an overall 2.7 stars. Most of the negative comments are regarding the denial of claims, while some complaints concern the cost of coverage.

Since this company has only been around for a few years, it is not surprising to see little in the way of reviews and complaints. Overall, it seems there are no red flags in the complaints, and enough positive reviews to provide some balance.

New Mexico Health Connections is likely to appeal to those who like the concept of a co-op insurer that makes decisions based on doctor and member opinions. These are HMO plans, so the network of care will be limited, but for those who find that acceptable and want a different kind of insurance company, this one may be well worth considering. More time will be needed to see how well the co-op system functions in the long term, as well as what impact healthcare reform could have on its continued existence.