Along with its parent company Allstate on board the newest insurance trend wagon is Esurance, which offers a pay-per-mile car insurance program. The program is currently only available in Oregon, but the company is looking to expand it in the near future – so far there is no information on which states might see it next. Although Esurance is owned by Allstate, their version of pay-per-mile is a little different, and different again from their main competitor in Oregon, Metromile.

The basics of pay-per-mile are the same from all providers – you pay for your insurance based on the number of miles you actually drive, rather than a pre-determined rate that uses only an estimate of mileage as one of the factors in calculating your premium. Like all such programs, Esurance’s Pay Per Mile is aimed at low-mileage drivers like telecommuters, stay at home parents, and retired drivers. 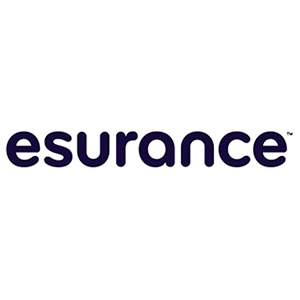 About Esurance Pay Per Mile

Although usage-based insurance has been popular for a while now, true pay-per-mile is only just gaining traction, mainly thanks to the growth of San Francisco-based insurance startup MetroMile, which has expanded to serve eight states in the past few years.

Allstate and Esurance are the first big-name companies to give the system a shot. Esurance launched its program in 2015, and so far, it has not gone beyond Oregon. Allstate also offers their version of the program, Milewise, in Oregon as well as two other states, with more expansion planned.

Esurance has another usage-based program, DriveSense, that is similar to what is offered by other insurance companies. That program monitors more than just miles driven; it records a variety of driving habits and calculates a discount for the driver based on the information gathered.

Both programs use a device that plugs into the car in order to record data, but the DriveSense program is being migrated away from the device to the use of a mobile app alone – a common move in the usage-based insurance industry. In the case of the Pay Per Mile program, the device is still necessary in order to record the actual miles the car is driven each day and calculate a rate based on that information. The Esurance app can still be used to monitor mileage information. The two programs cannot be combined.

Esurance says this program is intended for those that drive less than 10,000 miles a year; although those with higher mileage can still sign up, it may not offer significant savings or even save at all over a traditional policy. DriveSense may be a better way to save for those that drive more frequently.

How Esurance Pay Per Mile Works

Esurance’s program starts with a base rate that is calculated using the same factors used for traditional car insurance – things like your driving record, the kind of car you drive, and your years of experience. That rate is paid monthly (unlike Allstate, which charges on a daily basis), and you are then charged a secondary rate for each mile you actually drive in a day.

The daily rate is calculated based on the number of miles driven, up to 150 in a single day (after 150 miles the meter stops running, which allows for road trips that do not cost a fortune). That is then added up and billed along with the monthly base rate at the end of the month.

If you did not drive at all for a month, you would be charged only the base rate. This is charged regardless of how much or how little you drive and does not change. Because the number of miles driven each day and each month differs, your monthly bill will be different every time.

While Allstate uses a pre-paid system where the daily charge is deducted from an account each day, Esurance’s billing system works much like the traditional type of insurance bill most of us are used to. The main difference is that the bill will not be a constant, expected amount, which may make budgeting for your insurance a little more challenging.

Pay Per Mile can be used for more than one vehicle in a household, but each vehicle will need its own device and have its own base rate and per-mile rate.

What Pay Per Mile Records

The Esurance Pay Per Mile device records only two things: mileage and location of the vehicle, using GPS.

Unlike other such programs, it does not record any information about your driving habits, including speed or braking. These are the things that are recorded by regular usage-based programs such as DriveSense.

The information collected by the device is used solely to calculate the number of miles driven for the purpose of billing.

That information does not affect the base rate, which is calculated using more traditional rating factors. It does not change your per-mile rate either, but only the total amount due based on how many miles you actually drove in that time period.

Unlike other usage-based programs, there is no discount calculated using the information gathered by the plug-in device. Your rate is based on the previously calculated base rate and the actual number of miles you drive.

The website does not say whether or not other policy discounts apply to a Pay Per Mile policy – like multi-car or good driver discounts, for instance. Since the base rating system is the same as with a traditional policy, it makes sense that some of these discounts should still be offered, but there is no evidence either for or against that idea.

In a way, you do get a discount for driving less because you are charged for fewer miles, but it is not a discount in the traditional sense. It is not a percentage or a set amount, but there is a reduced rate for those that drive less.

Eligibility for Pay Per Mile

At the moment, only residents of Oregon are eligible for Pay Per Mile. In addition to living in the sole state in which it is offered, the driver must also have a vehicle that is 1996 or newer and is not a hybrid or electric car, ensuring that the plug-in device will work with the vehicle.

New and existing Esurance customers can choose to sign up for Pay Per Mile, but existing customers will need to end their previous policy and start a new one in order to start calculating a mileage-based rate. The site indicates that the program is available to most drivers, including new drivers, which might make it a more affordable option for that market.

Esurance will mail the plug-in device to the driver after signing up. Once received, the device is plugged into the OBD-II (Onboard Diagnostics) port of the vehicle, usually located under the dash. If you are not sure where that is located on your vehicle, there is a handy guide available on CarMD that will help you find it. The device stays plugged in for as long as you are in the program, and must be removed and returned in order to avoid a fee if you decide not to continue with the service.

Although the app is not necessary to be in the program, it does allow drivers to keep tabs on their mileage and billing. It can be downloaded from your mobile phone’s app store and easily installed.

How Pay Per Mile Stacks Up

Esurance Pay Per Mile can only be fairly compared to Allstate MileWise and Metromile since they are the only other true pay-per-mile programs on the market today. There are plenty of other usage-based programs out there, some of which do use mileage as one of the factors in calculating discounts, but only these three actually charge the customer based on precisely how many miles they drive.

Allstate is Esurance’s parent company, which makes them not quite competitors; the former will likely appeal more to those that prefer to work with an agent and the latter to those that like a direct-buy experience. We have already looked at the main differences between the two programs, which are mainly in the area of billing.

While Allstate withdraws charges daily from a pre-paid account based on how much the vehicle was actually driven that day, Esurance calculates each daily total, adds them up, and then bills on a monthly basis. Which is the better option is really a matter of opinion and how you prefer to handle your insurance payments.

Metromile’s billing process is similar to Allstate’s, using a monthly bill that is different each month based on how many miles were different.

One of the major ways in which Esurance differs from Metromile is in the maximum miles billed per day. Like Allstate, Esurance tops out at 150 miles in a day, which means on a long road trip you will never pay for more than 150 miles each day. Metromile charges up to 250 miles in a day, which could be costly if you’re driving a long way and especially on multi-day road trips.

Esurance is known for low rates in general, so we would expect their base and daily rates to be reasonable compared to the other pay-per-mile options. This type of program is only going to be more affordable in general for those that drive very little, with other usage-based programs likely to be a better option if you are behind the wheel a lot. Because those usage-based programs differ quite a bit from this type, we cannot really compare them except to say that they serve different markets.

This type of pay-per-mile insurance is still a newcomer in the insurance industry, and it will take some more time before its success can really be measured. Metromile has seen growth and expansion over the years since its founding, which bodes well for other companies entering the market – however, Esurance has yet to expand its program beyond Oregon in spite of having made it available several years ago, which begs the question of how well it is performing in that state.

If you do not drive very much and live in Oregon, this program might be worth a try. Oregon is the only state in which drivers have their choice of all three pay-per-mile programs currently available, so drivers there have the opportunity to quote and compare all of the options in terms of base rate and per-mile rate. While not all drivers will find the program to be right for them in the long run, there is no real risk to giving it a shot, aside from the possible loss of longevity discounts due to changing insurance companies. Esurance is a reputable company and known for low rates, so it may be a good value for the right drivers.